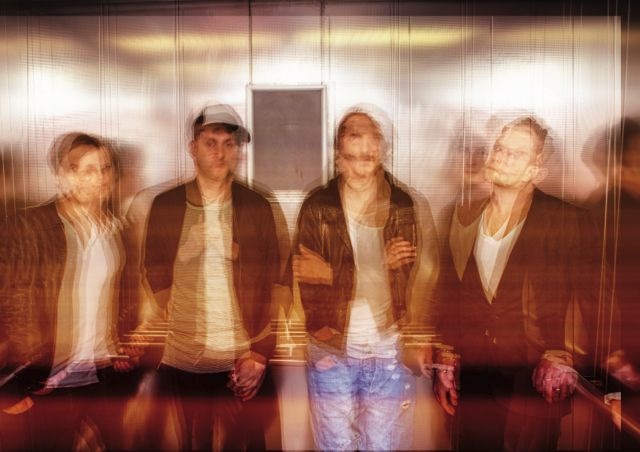 “It can be risky to play on a certain type of sternness reminiscent of a bygone musical era, even if it’s done with the aim of setting oneself apart in today’s jangly, disposable postmodern cultural climate: If it’s not done carefully, it can backfire as a mere copy. WEAREOFF have clearly done their homework for their debut album “Objects In Motion”, framing their ten songs within a clear stylistic structure while at the same time undermining and questioning it. The cool, stern atmosphere evinced by certain bands from the early 80s is used as a starting point, yet is reconfigured here in a way that is absolutely at the cutting edge of modern music.

The band’s debut album is remarkable in its melding of a cool, almost austere, attitude with a minimalist aesthetic that manages to retain at its core a satisfying pop sensibility. The result is an effortlessly modern-sounding album.

While the influence of certain bands that were as famous for their hairstyles as for their music can be found at several points throughout the record, the decades that have since passed have brought with them a mélange of technical and aesthetic developments that have broadened our understanding of music in a way that makes some of the bands hailing from those grey industrial cities of yore sound somewhat dated today.

WEAREOFF have no truck with the lo-fi aesthetic that typifies the output of many New Wave-influenced bands currently playing the über-trendy wood-paneled underground clubs of certain North American cities. Because “Objects In Motion”, well, lets you breathe; the band and producer Udo Böckmann (Finn, Mediengruppe Telekommander, Barra Head, Alias Caylon) juxtapose a sense of depth and space with an ordered, compact production style that incorporates both analogue and digital elements while underscoring the exceedingly catchy melodies and hooks that populate these songs. And many of the tracks on this album are exceedingly danceable; “Miracle”, especially, could be the song that sees pointy-shoed trendsters jostling more traditionally-minded indie fans for space on the same dance floor.“

The band released its 5 track debut, simply entitled ‘EP‘, in November 2010. The debut full lenght album Objects In Motion will be released on May, 24th 2013!